Select a chain of two bones parented together, and launch the tool.

It will create a comprehensive IK/FK rig for these two bones, with the ability to switch between IK and FK, curve the limb, and adjust the stretchiness.

The controls for the options are added as custom properties on the limb.IK.Ctrl bone, used as a controller for the IK. You can find them in the sidebar [N] of the 3D View with the controller selected. 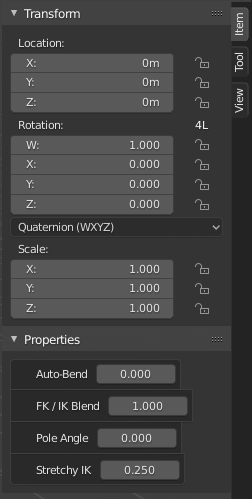 These properties can be exposed on several controllers at once, with a better UI/UX using the UI Controls tools.